Café by day, bistro by night, we proudly play host to morning coffee and viennoiserie, breezy business lunches, weeknight rendez-vous, lazy Sunday brunches and everything in between. Oh, and did we mention the late-night fondue?

Executed by Chef de Cuisine Vanessa Belanger, our menus feature a greatest hits list of timeless French classics — from traditional onion soup and steak tartare, to comforting boeuf Bourguignon and seafood bouillabaisse. On weekends, we invite you to rise and shine for a rich variety of pastries, crêpes, galettes and breakfast sandwiches.

In the evenings, the lights dim and the music turns up as our bar pours classic cocktails, Old World wines and a few funkier, biodynamic bottles — all perfect for sipping by candlelight as you soak up the bustling bistro vibes. Salut!

The magic doesn’t happen overnight. Behind Café Lunette is a strong team of Chefs who craft each dish with love, care and a certain je ne sais quois. Learn more about our talented culinary leaders below! Chef Vanessa is eager to deliver an authentic Parisian bistro experience, while drawing inspiration from her French Canadian roots. When she’s not hard at work in the kitchen, she spends much of her free time poring over cookbooks, trying out new cooking techniques at home, and exploring Halifax—a city that already feels like home. Chef Cori brings her classic and modern French pastry training and experience to the forefront at Café Lunette. From buttery croissants and pain au chocolat to an Instagram-worthy selection of macaron, she is excited to showcase beloved French viennoiserie with a few surprises here and there.

Chef Bill Osborne’s culinary journey has taken him around the world and across Canada to Halifax, Nova Scotia, where he serves as District Executive Chef at Freehand Hospitality. Chef Bill is looking forward to serving a strong collection of French classics at Café Lunette, while showcasing the amazing produce, meat, fish and shellfish that the Maritimes has to offer. 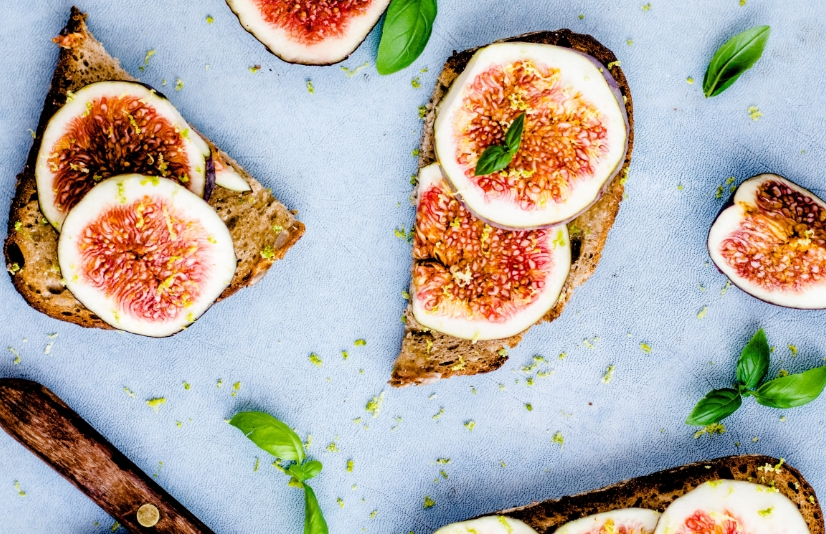 Growing up in the small town of Mattawa, Ontario, Vanessa Belanger has always had an insatiable curiosity around the kitchen. Raised in a French Canadian family of culinary-minded women, Vanessa’s Mémère ran a restaurant and designed beautiful wedding cakes, while her aunt worked as a professional chef. Needless to say, family dinners were seen as a pretty big deal.

From her very first job as a dishwasher at a local diner, Vanessa was always drawn to cooking. She followed her passion and enrolled in Fanshawe College’s Culinary Management program. After graduating, Vanessa was focused on gaining experience in every aspect of the restaurant industry, from host to server to bartender to line cook. In 2014, she landed her first job in Toronto at Reds Midtown Tavern, where she was soon promoted to a management position. In 2016, Vanessa transitioned to a Junior Sous Chef role at Susur Lee’s Fring’s, where she quickly mastered every station in the kitchen.

Ready for new challenges, Chef Vanessa arrived at Oliver & Bonacini’s Beaumont Kitchen in the spring of 2017. Over the course of four years, she gained invaluable mentorship from Chefs Anthony Walsh and Michael Wilson, while honing her craft and strengthening her leadership skills as Chef de Cuisine. In 2021, Chef Vanessa made the big move to Nova Scotia to support O&B’s east coast expansion—first with the opening of Drift, and now leading the charge at Café Lunette.

At Café Lunette, Chef Vanessa is eager to deliver an authentic Parisian bistro experience, while drawing inspiration from her French Canadian roots. When she’s not hard at work in the kitchen, she spends much of her free time poring over cookbooks, trying out new cooking techniques at home, and exploring Halifax—a city that already feels like home.

Cori Osborne always enjoyed baking alongside her mother while growing up. But it wasn’t until she enrolled in the Baking and Pastry Arts Management program at George Brown College that her true love and obsession began. After earning a Modern French Pastry Arts certificate at École National Supérieure de Pâtisserie in Yssingeaux, France, Cori quickly launched into the hospitality industry, playing integral roles in some of in Toronto and Montréal’s top restaurants, pâtisseries and hotels.

From 2012 to 2014, Cori served as Senior Pastry Cook at Canoe, one of Canada’s most highly rated restaurants. She then spent a year working and learning under celebrated Montréal pastry chef Patrice Demers, who would soon become one of her greatest mentors. After returning to Toronto in 2015, Cori supported the opening of Alo Restaurant, where she was responsible for four courses on Chef Patrick Kriss’s showstopping tasting menu. Alo would go on to earn four stars from both The Globe & Mail and The Toronto Star, as well as #1 on Canada’s 100 Best Restaurants list.

From 2016 to 2021, Chef Cori continued to develop her career with leadership stints at high-end and buzzing downtown establishments including Bacchanal and Bisha Hotel. Simultaneously, she was honing her own mentorship skills while teaching classes in pastry and baking at Centennial College. After the Covid-19 pandemic hit, Chef Cori realized that she and her family were ready for a new adventure. When she learned about O&B’s east coast expansion, she knew the opportunity to lead Freehand Hospitality’s pastry program was too good to pass up.

At Café Lunette, Chef Cori is able to bring her classic and modern French pastry training and experience to the forefront. From buttery croissants and pain au chocolat to an Instagram-worthy selection of macaron, she is excited to showcase beloved French Viennoiserie with a few surprises here and there.

When she doesn’t have her hands full with dough, Cori can often be found exploring Halifax’s food and cocktail scene and spending quality time with her family: husband and colleague Bill and their energetic young daughter Ruby.

Born and raised in Ontario, Chef Bill Osborne’s culinary journey has taken him around the world and across Canada to Halifax, Nova Scotia, where he has settled in his current role as District Executive Chef at Freehand Hospitality.

After earning a diploma in Culinary Management from Niagara College, Bill immediately began apprenticing at Wellington Court, one of the top fine dining restaurants in Niagara. His natural ability, combined with his highly curated technique and skill set, led him to his next role at Scaramouche, Toronto’s renowned fine dining restaurant. Having built a solid reputation on the Toronto food scene, Chef Bill’s desire to expand his culinary horizon propelled him across the pond. His international experience kicked off in London, England, where he worked and trained at the Michelin-starred Foliage at the Mandarin Oriental Hotel in Knightsbridge, followed by a role at Bar Boulud in London, working directly with critically acclaimed chef Daniel Boulud. His passion, skill, and ability to fuse exciting flavours into classic French cuisine impressed Chef Boulud, who then appointed Chef Bill to the prestigious position of Sous Chef of DB Bistro Moderne at the luxury Marina Bay Sands Hotel in Singapore.

With classical training under the world’s culinary leaders, it was only natural for Chef Bill to return home and take up residence as Senior Sous Chef at Canoe, one of Canada’s top restaurants. His talent, quiet leadership, refined technique and penchant for creating beautiful and exquisite tasting dishes, quickly impressed the Oliver & Bonacini culinary team and lead him to rise through the ranks and earn the role of Chef de Cuisine of the brand-new America Restaurant, where he would deliver a never-before-seen contemporary and lavish take on classic American cuisine. In 2015, Bill was appointed Chef de Cuisine at Biff’s Bistro, O&B’s enchanting Parisian-inspired haunt, where he spent nearly five years at the helm.

In 2021, Chef Bill and his wife and colleague Cori (and their daughter Ruby!) made the leap east to Halifax, Nova Scotia, where they would take the lead on opening several exciting new dining concepts under Freehand Hospitality. Chef Bill played an instrumental role in the opening of Drift, while taking the opportunity to enjoy and explore the region’s vast roster of purveyors and impressive food scene. Now, as Chef Bill turns his attention towards Café Lunette, he is looking forward to serving a strong collection of French classics while showcasing the amazing produce, meat, fish and shellfish that the Maritimes has to offer.

Book your table at Café Lunette

Please note that all available tables are listed on OpenTable. We are unable to accommodate parties larger than 12 at this time. Please consider another time if you are unable to find your requested reservation. Thank you for your understanding!

Please visit our contact page to view our location, and parking information.